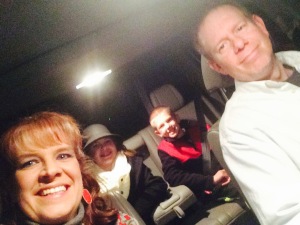 Eric and  I celebrated our 20th anniversary back in July.  We have moved to 4 different towns during that time. Had 7 different addresses, and become parents. All that moving around and child rearing can result in some friendships becoming more distant, and even lose complete contact with wonderful people.

However, there are just some people you can’t lose… no matter the how much you move around. As luck would have it, they sometimes move in the same places. The Johnson’s are those people. 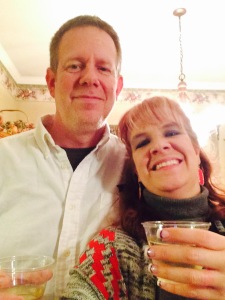 Eric and I met Bruce and Janice the summer we were engaged to be married in Ozark, Arkansas (our first community to reside in as a married couple). Once married we attended several events at their home. Janice taught me the finer art of garage sale-ing and showed me how to “Design on a Dime” before HGTV ever thought of it as a concept for a television show. To top it all off, my first year of teaching, I taught Janice’s oldest son Cody. Our lives were intricately woven.

Fast forward five years, Eric was transferred to Waco by his employer. We loved the little town of Ozark and the people we had met. However, we were headed to a new life in a new town. We figured our interactions would be few if any with the Johnson’s and the rest of our Ozark friends.

Fast forward six years, we left Waco (with one child and another on the way) and headed to a new opportunity in Dallas/Fort Worth. Three years after that I returned to teaching at Haslet Elementary in Northwest ISD. A year later I discovered Facebook. Through a former friend still in Ozark via Facebook we learned that Janice and Bruce were living in the very town I taught in, Haslet!

Quickly we reconnected. We have been going to most of their New Year’s Parties and other social events since then. This year was no different… except now our children have come to expect this celebratory tradition.

Some paths only cross for a little while, others weave back and forth and by creative design are intricately woven. That is the path that has formed between the Johnson’s and the Wilson’s.

What paths in your life have crossed the paths of others and become a part of your intricately woven life journey?

About The Bulldog Educator

Mom of 2, wife of Eric for 25 years, Educator for 20 years. Passionate about everything in life. I love my community. Proud to be a mom, wife, and educator. I write two blogs one is my educational ponderings at my blog "The Bulldog Educator" (www.thebulldogedu.com) and the other is "The Wilson Family Stories at the Razorback Ranch" (www.thewilsonrazorbackranch.com).
View all posts by The Bulldog Educator →