Never a Dull Moment when we can Dubsmash!

Kritterman had a banner year in many ways. He took his first state standardized test this spring. Got his own phone on when he turned 10 years old and has taken on lots of new opportunities and responsibilities at school and at home. As mentioned, he moved from a one digit age into the world of two digit ages. This year’s list reflects not only his accomplishments and new responsibilities, but his ongoing passions and newly discovered passions.

15. Early in 2015 Kritterman took the many hours of reading from a specific list of books and participated in Battle of the Books at his elementary campus. While his team did not win at the campus level, his dedication to read and work with a team of fellow readers further encouraged his love of reading.

14. One exciting new responsibility is helping Dad mow the lawn. That involves driving the tractor (or sitting lawnmower). In late February was his maiden “voyage” and he’s been helping Eric ever since… that is until the tractor bit the dust! Yes, we are on the hunt for some new wheels and nothing would make Kritterman happier than to be back in the driver’s seat!

13. Kritterman continued to showcase his learning through his favorite medium… technology. For the fourth year in a row Kristopher presented at our district’s Techno Expo. You can read a previous post about him and his sister “#digitalLearning… It’s a Family Affair.” He continues to amaze us how he utilizes digital tools to emphasize his strengths and support other learners. 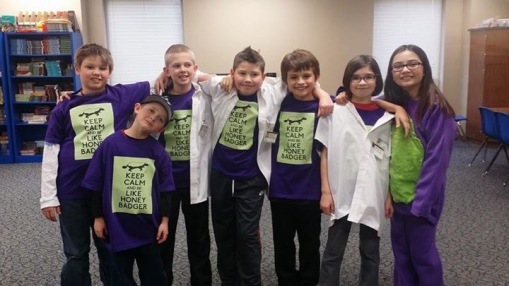 12. For the third year Kritterman competed in Destination Imagination with his team. They practiced for hours months before the regional competition. It is amazing how much he enjoys this truly kid driven, creative problem solving competition.

11.Soccer continues to be a love of Kritterman’s with him playing  Outdoor Spring, Summer Indoor and Outdoor Fall seasons, with a total of 3 1/2 years of soccer. He truly enjoys being able to play on the same team, the Firebirds, with the same coach for several seasons.

10. Kritterman spent the two previous summers attending the district Lego Robotics Club and his skills have grown exponentially. He was asked by special invite to join 4th and 5th graders to be part of his school’s Robotics Club. This led to him having the opportunity to be part of a presentation at Northwest ISD’s  Night of No Limits (a Problem Based Learning- PBL Showcase). He continued to attend the robotics camp in Summer of 2015 and earned half of what was needed to purchase his very own Lego EV3 Robotics Kit so he could pursue his passion for robotics and programming at home.

9. While our aim is to always be at school, when we found out Kritterman had earned an award of Perfect Attendance we were both surprised and thrilled. It wasn’t our pursuit.. it just happened. So, when the end of the 2014-15 school year awards came around it was worth celebrating!

8. Did you read #12 and #10? Need I say more? Attending his 3rd Lego Robotics Camp was his thrill… his bot did not win the battle like he had hoped but he has plans for this year. Watch out world… or at least all the other campers!

7. This year was Kritterman’s “decade” birthday. We wanted to do it in style. EmBug and Mom were on a mission trip on his actual birthday, June 23rd, so to make a big splash a Minion Birthday Party was planned early in July for the opening weekend of the movie “The Minions” at the luxurious dine and watch movie theater, The Moviehouse. 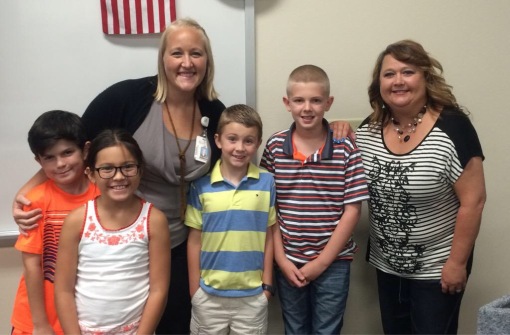 6. When you have your own YouTube channel, blog and have created video tutorials for robotics programming you might be asked to sit on a panel and be asked questions by educators wanting to know why technology in the classroom is important to how you learn. This happened this summer at an Educator Conference called 1:World where Kritterman with a handful of other students shared the importance of technology for their own learning.

4. Together Kritterman and Mom ran several 5Ks throughout 2015 (Reindeer Romp- December, Larry’s Run in Bentonville, Arkansas- September, and Run for Change- April). This has helped develop a new interest and a determination. 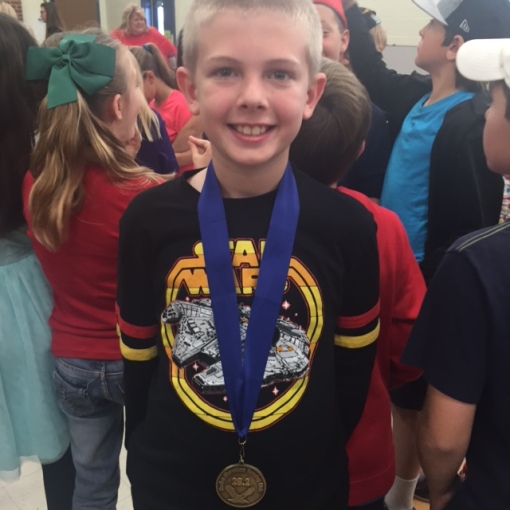 3.Of course part of running some of the 5Ks were motivated by the challenge to run a total of 26.2 miles for the the Marathon Club he participated in the fall of 2015. He reached his goal of 26.2 miles when he ran his final 5K of 2015 at the Reindeer Romp. It won’t be long before he will be passing Mom and beating her to the finish line.

2. How can it be said other than this boy loves Legos. No box of Legos can be left undone. Any extra cash, birthday money or Christmas money goes to a new Lego kit.

1. What do you do when you get a video of your son at a sleep over demonstrating his second time on a Pogo stick… and he has wicked Pogo stick skillz? You modify the Christmas list… 3 days before Christmas!

There are lots of other joys, celebrations and accomplishments that any grandmother, aunt or mother would want to share, but for the rest of us, if you are still reading, this list is already way to long and must come to a close. We are looking forward to 2016 and as this post is getting it’s final touches Kritterman is already accomplishing more things worthy of posting. Here’s to hoping, as a mom, Kirsten can capture the events in a more timely manner throughout 2016! If not, know we will have another list of Top Events next year… we may be too busy enjoying the moment to get it published on the blog.

It wouldn’t be a post on Kritterman if we didn’t say, “May the Force Be With You… and build on!”